A new website called Teach Them Science was mentioned in stories about the recent defeat in Texas of anti-evolution statements some school officials wanted to insert into the state's textbooks. This threat is bigger than just Texas, because textbook publishers cater to the Texas market -- which buys in bulk for the entire state. Here is what the National Center for Science Education says about the new website:

As the Texas state board of education prepares to vote on a revised set of state science standards, two organizations — one secular, one religious — have joined forces to produce a new website, Teach Them Science, in order to advocate for a twenty-first-century science education for the students in Texas's public schools. Sponsored by the Center for Inquiry Austin and the Clergy Letter Project, the Teach Them Science website is intended to empower parents, educators, and concerned citizens to rally in support of the new standards, which treat evolution as the central and unifying principle of the biological sciences that it is.

The National Center for Science Education's own site has some interesting information about the why the controversy is important:
About that site:

The National Center for Science Education (NCSE) is a not-for-profit, membership organization providing information and resources for schools, parents and concerned citizens working to keep evolution in public school science education. We educate the press and public about the scientific, educational, and legal aspects of the creation and evolution controversy, and supply needed information and advice to defend good science education at local, state, and national levels. Our 4000 members are scientists, teachers, clergy, and citizens with diverse religious affiliations.

Posted by Kathy Ceceri at 8:29 AM No comments:

About two weeks ago, we found that the triops tank, which we never emptied, has gotten a new resident. Apparently, our old one laid some eggs and one managed to hatch. The remarkable thing about this guy is that we didn't do anything to help him hatch. [Mom's Note: In other words, we didn't keep him under a warming lamp, or put in a conditioning pack with special microscopic nutrients, or any of the other stuff we did for Triops No. 1!] After the old triops died, we just let the tank sit on a shelf and he hatched a few days afterwards.

We haven't gotten many photos of him yet, but we do have this: 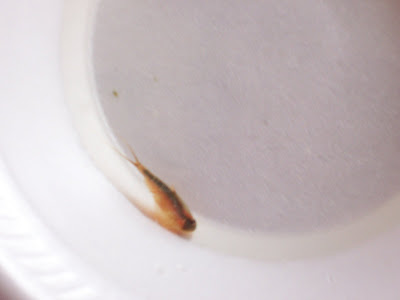 He is now sitting on a table next to the fish tank and the hermit crab jar. Without the heat lamp, the water isn't getting murky with algae or whatever living goop we had in the tank with his predecesor. In fact, he seems to be cleaning the algae off the side of the tank! We will update on him as more happens.
Posted by Kathy Ceceri at 7:37 AM No comments:

Do You Have Your Darwin Action Figure Yet? 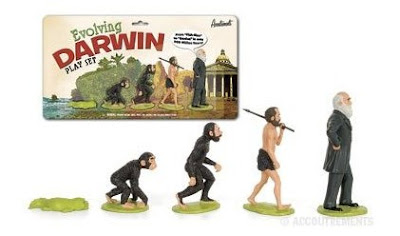 Sorry, I couldn't resist. I am VERY busy for the next two weeks, but I will be sure to have the kids update some of our ongoing projects.
Posted by Kathy Ceceri at 10:46 AM No comments: 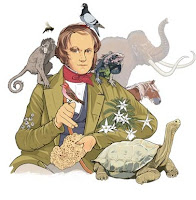 To add to the post a few days back, I just found this full page of Darwin resources at Nature Magazine. You'll need a subscription to read most of them, but there is a free a 15-point evolution cheat sheet you can print and keep in your purse (or, I guess, download to your PDA) for when your creationist friends gang up on you. And you can scroll down for a slideshow on the evolution of the eye.

(Everyone's working their way through the nifty Scientific American issue on The Evolution of Evolution, by the way.)
Posted by Kathy Ceceri at 7:52 PM 1 comment:

We mourn our friend the Triops.

A few weeks ago, on December 21, our triops passed away during the night. He lived to be 53 days, more than half the age of the longest living triops.

We took some photos of his lifeless body and noticed that he (or she, or it) had some egg sacs, we didn't see him lay any eggs, but it's possible. So we're going to let the tank dry out. (The eggs need to be dry before hatching) So far, the tank hasn't been drying very fast, but we've moved it to a warmer place which will hopefully work. 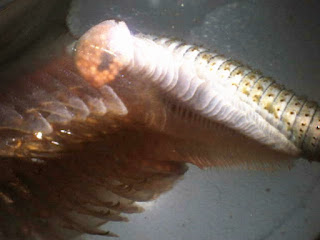 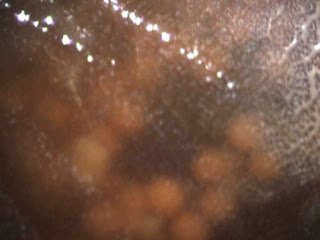 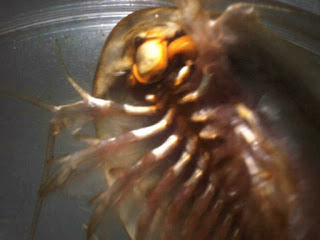 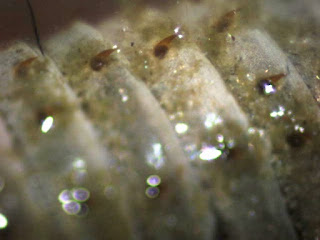 The top two photos show his egg sacs that are filled with eggs. The bottom left is his underside, and the bottom right is a close-up of his tail. 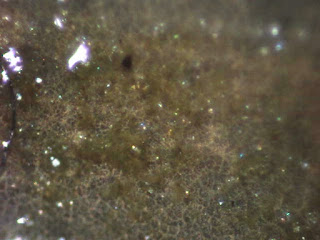 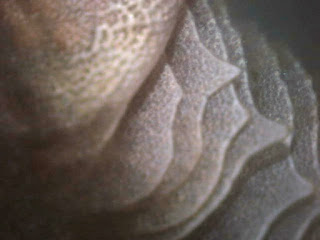 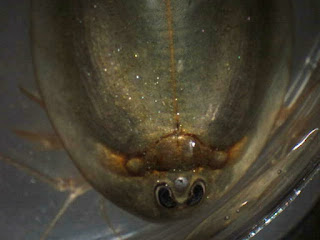 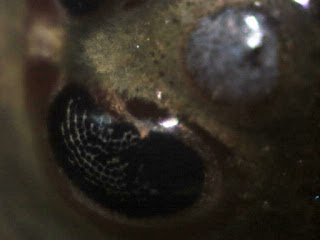 Some more parts of the triops. The upper left photo shows the algae on his shell, the photo on the right is his back legs, and the bottom two show his eyes.
Posted by Kathy Ceceri at 5:00 AM 1 comment:

Happy New Year! Just wanted to save the link to 12 Elegant Examples of Evolution
by Wired.com blogger Brandon Keim. It has some interesting examples of evolution.

(You have my permission to skip the debate in the comments.)
Posted by Kathy Ceceri at 8:28 PM 1 comment: